A Guide to Third-Party API Integration for Mobile Apps

You’ve probably heard the term “APIs” and “Third-party APIs” before. These terms are often used by software development companies whenever speaking about web and mobile apps development. Undeniably, it is used everywhere.

But have you ever wondered what third-party APIs and integration and what’re the benefits of it?

Here’re we’re going to dive into the following topics:

Before moving ahead, let’s quickly know what an API is? In the simplest form, an API enables app to communicate with each other. Or, it allows two or more apps to connect.

For example, when you click on “add to cart” in an eCommerce app, an API tells the app you added a product to your shopping cart. And, the app puts the product in your cart, the app is updated.

Third-party API integration is all about adding necessary external data to an existing project using different APIs. Due to the third-party APIs, the developers can build a new solution in a shorter period, using already existing components rather than creating code for new ones from scratch.

On the other hand, a first-party API integration will use your in-house API to power businesses custom-built and in-app functionality.

Third-party APIs are APIs provided by third-parties, generally companies such as Facebook, Twitter, or Google, to allow users to access their functionality via JavaScript and use it on site.

APIs allow internet heavyweights such as Facebook, Google, and Twitter to let you piggybank on services such as Google Maps. In essence, APIs expose some of a product or service’s internal functions in a controlled environment.  For instance, you as a business owner, can use Facebook or Google’s API to streamline sign-up on a website or application or Twitter’s API to make sharing content quicker and easier.

Google Maps Geolocation API provides developers with tools and documentation for incorporating geolocation with mobile and WiFi technologies. It is a must API for any navigation or geolocation mobile apps since it shows map & driving directions so that app users don’t get lost.

The Geolocation API is specifically designed for accuracy and location based on the information of cell towers and WiFi nodes detected by the mobile client.

Third party APIs are APIs provided by third parties. Generally, big brands such as Facebook, Twitter, or Google allow users to access their functionalities via JavaScript and use it on your website. One of the most apparent examples is using mapping APIs to display custom maps on your pages.

When it comes to user experience, the benefits are numerous. By using a third-party API, businesses will focus on its core functionality and make it awesome. On the contrary, you can also be confident that the integrated features will perform at the top-level.

Most third-party APIs and SDKs are products with dozens of features that allow them to achieve many related business goals. For most API users, only certain features are relevant, while others are not required at all. When using an API or SDK in the product, you as a user can choose only the needed features and configure them according to the goals.

Like any other software developer, API providers update their products from time to time. If you are using an API, one of the great things is that any updates that the provider released will be applied to your product. You, as a user, only need to set up the automatic check for updates. Apart from this, all updates released by API providers will go through all the required tests and can be used safely and easily.

Added value to your business

APIs bring extra functionality, which increases the value proposition to the business. The complete package of services becomes more valuable when enhanced with effective third-party API integration software. As we already mentioned, a ready-to-use API lessens the time of development of extra features that will make businesses better. In short, businesses will get added value and competitive advantage at a lower cost by all means.

Several bots are available, but we’ve compiled a list of a few famous bots powered by Twitter API.

Netflix Bot: It tweets when new content is released on Netflix.

Grammar Police: It enables to identify common grammar mistakes done by its followers.

TinyCareBot:  It simply sends hourly reminders to look up from your screens, taking a break to go outside, and drink more water. It also sends a self-care suggestion if you tweet directly at it.

This example of API adds information to mobile applications such as accommodation facilities, queries, prices, and other information from hotels e worldwide.

PayPal is used directly within an eCommerce app or site. It’s API is behind this. Similarly, logging-in using a social media site, the “Pay with PayPal” functionality is built with APIs to ensure that the end app can do what it needs to. It always works without being exposed to sensitive information or gaining access to unintended permissions.

When a user clicks on the “Pay with PayPal” button, the app sends an “order” request to the PayPal API. Then, a pop-up authenticates the user and confirms their purchases. This way, if everything goes well, the API sends confirmation of payment back to the app.

A prominent example of API usage is the “log-in using Facebook, Google, or Twitter” functionality, seen in many websites. This is incredibly convenient.

For instance, Facebook Login API, which works pretty simple. Every time the app loads, it uses the API to check whether the user is already logged in or not. If not, when a user clicks on “Login using Facebook,” then a pop-up opens where they are asked to confirm they want to log-in with its social media profile. When the user confirms, the API provides the app with identification information; therefore, it would be easier to know who’s logging in.

One of the most common API usage examples we come across in everyday life is - weather data. Rich weather snippets seem to be commonplace and found on all platforms such as Apple’s weather app, Google Search, or even smart home devices.

Payment Gateway Service Feature: The payment gateway is one of the most important yet common API use cases. The goal of any mobile app is to be a good source of money. For example, in eCommerce, buyers must be able to pay and do it quickly and safely. eCommerce app should have a reliable payment gateway.

mHealth (Mobile Health): The API use case in mHealth or mobile health tandforms clinical workflows by bringing clinical health data to the point of care via mobile or web apps. Also, patients or users can use mHealth solutions to pay for medical care services and enhance patients' user experience. In short, third-party APIs in healthcare help seamlessly to connect patients and physicians and streamline healthcare operations.

To get access to mobile app functions: Apps like Instagram and Snapchat use 3rd party API, phone’s camera to take pictures. Simultaneously, Google Maps defines the user’s location by using the phone’s geolocation API. In a nutshell, by using API, users can add new features to the app and access other services data or mobile device features without spending a fortune on creating such features from scratch.

The integration of an API requires an API that needs expert supervision. Here’s how to carry out a third-party API integration.

Step #1: Make sure to hire a team of API Integration App Developers in San Diego

Being not a tech-savvy individual or having any programming background, it’s difficult for you to integrate an API to your mobile application. However, an efficient team of app developers in San Diego can help you get this task done. A leading and professional mobile app development company uses an SDK (Software Development Kit) that includes a bundle of software tools in a single installation package. This way, a developer ensures correct API integration in an app.

Step #2: Build a project within an API Provider System

The next step is to get registered in the API provider system since every call to the API endpoint demands verification and authentication.

Once the registration is done, the developers get an API key to identify the calling project. An authentication token is used to verify that the calling user has access to make the request.

It’s time to install the selected SDK with APIs to an app build environment using dependency managers like CocoaPods for iOS and Maven for Android apps.

The mobile app developers will implement new functionalities using dependencies to make the app use new features integrated via API.

As we mentioned before, an API is a powerful tool for your business operations, growing your mobile app, connecting your customers to the services they way, and much more. Therefore, by using APIs for third-party integrations, you can enhance the quality of your mobile app development process, while increasing mobile app engagement and making an app stand out from the competition. 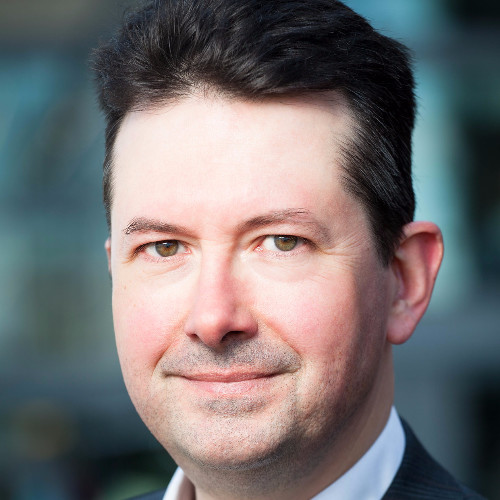 A Guide to Third-Party API Integration for Mobile Apps